I’ve compiled a list of the top 10 techniques in Photoshop that I wish I knew when I was starting out. These are all techniques that I’ve learned and consistently use in my workflow today, making me a better user for knowing them. Despite the title, I believe Photoshop users of all skill levels will find these tricks and techniques useful. Enjoy!

You’ve undoubtedly come across a project that requires you to add a simple shadow to your scene—whether it’s an object you’ve isolated, or to add some interest to a text effect. I want to show you an easy, and very effective solution for creating a believable shadow from scratch.

On a new layer below the object of focus, use the Elliptical Marquee Tool to create a thin oval that’s roughly the length of the object. Fill this with black, or other dark color.

Apply the Motion Blur Filter (Filter > Blur > Motion Blur) so the ends of the oval are softened. Make sure the filter follows the same angle as the oval.

2. Modify Tools with the Modifier Keys

When working in Photoshop, almost every tool has the ability to complete a different action by holding down one of the modifier keys (Ctrl, Alt, and Shift on Windows; Cmd, Opt, and Shift on a Mac). I encourage you to experiment with how each modifier key will change up a tool.

For example, when using the Brush Tool, you can hold the Alt/Opt key to temporarily change to the Color Picker Tool.

For some additional information on modifier keys, check out my video PSD Tip: Using the Modifier Keys

Technically, this is a continuation of the previous technique, but it is so important that I felt it should be on its own.

So, here is the breakdown of what each modifier key does when used with one of the selection tools:

Tip: You can even switch between selection tools to combine different shapes.

By using the modifier keys with the selection tools, you can create some complex selections. 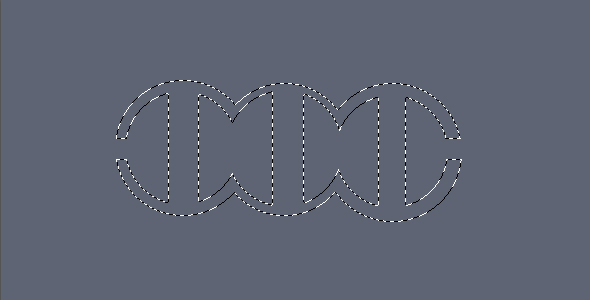 4. Use a Layer’s Contents as a Selection

Have you ever had the need to make a selection from the contents of a layer? You may have thought about using the Magic Wand Tool, or possibly attempt to retrace it with the Polygonal Lasso Tool. Before you jump into any of those tools, Photoshop already has a trick to handle this. Simply Ctrl-click the thumbnail of the layer that has the contents you want selected. You know you’re doing this correctly if the cursor is showing the square with dotted lines. 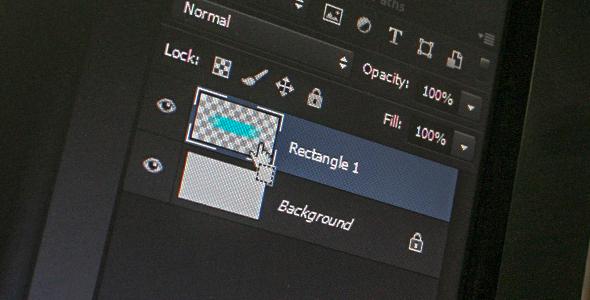 This selection technique will also select any partially transparent pixels on your layer. That means you can make accurate selections of blurred or faded objects.

Clipping Masks are layers that use another layer (typically the layer directly below it) to confine its contents to. Have you ever seen an effect where a photograph appears to be placed over some text? Well, one method of creating that effect is with Clipping Masks. Here’s how to set one up:

In your scene, create a new layer and add some content. Whatever content you add to this layer will be used to clip the contents of another layer. In this case, if I wanted to recreate the example mentioned earlier, I would add some text to this new layer. 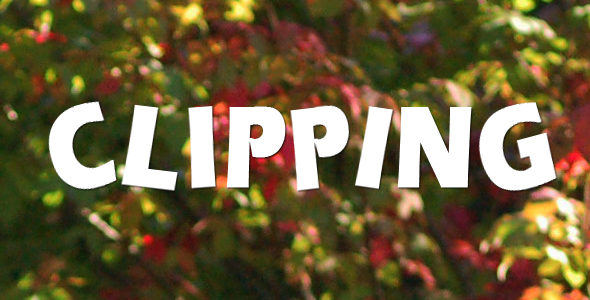 Create a new layer directly above the existing layer. Add the additional content to this layer. Continuing from the example above, I’ll add the photograph to this layer.

Go to Layer > Create Clipping Mask. Or, you could just hold down Alt and click the line in between the two layers (the cursor will change to a bent arrow with a layer icon). The top layer will now be clipped to the contents of the bottom layer. 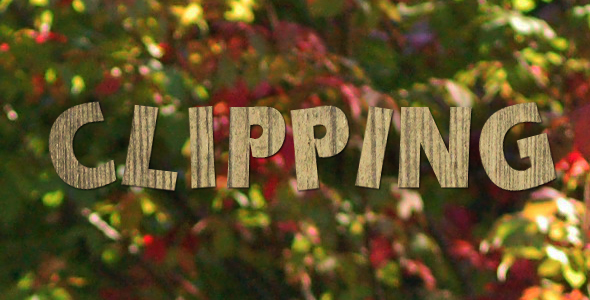 6. Extract Styles to Their Own Layers

Adding Layer Styles is a great way to incorporate special effects to any layer. Sometimes, Layer Styles can be somewhat limiting. A way to extend some control to Layer Styles is to separate them from the layer so they can be edited as an individual layer.

To do this, right click on the Layer Style associated with any layer (clicking on the layer itself won’t work). In the menu that comes up, select Create Layers. This will automatically convert all Layer Styles associated with that layer to their own layers. 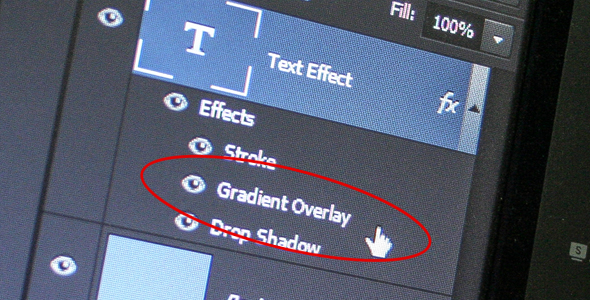 Note: this technique is very useful when needed, but not often needed.

Converting a normal layer to a Smart Object is as easy as right-clicking the layer and selecting Convert to Smart Object in the pop-up menu. Working with Smart Objects has a lot of benefits—too many to go over here—but some of the common benefits are as follow: 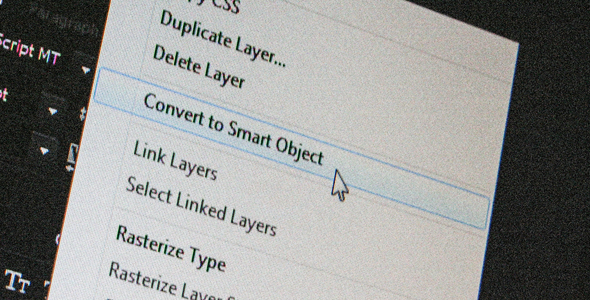 8. Use Layer Styles without a Visible Layer

When working with a layer that has Layer Styles applied, you can hide the contents of that layer—and keep the Layer Styles visible—by changing the layer’s Fill property down to 0%. This can be a great way to achieve some more complicated effects using layer styles. 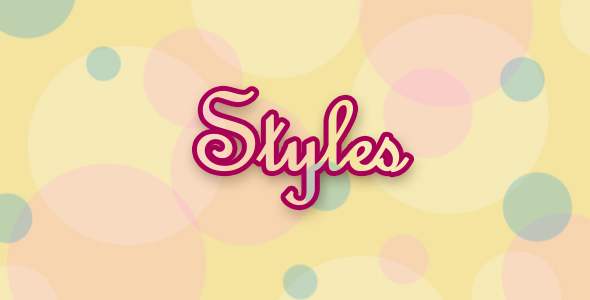 Working with text in Photoshop can sometimes be painful, especially if you have a scene that includes multiple layers of text. You may have noticed how difficult it can be to select the correct text layer. Well, here’s a quick trick to fix that. Simply find the layer (in the Layer’s Panel) that contains the text you want to edit, and double click the thumbnail. This will highlight all contents of that text box, ready to be edited. 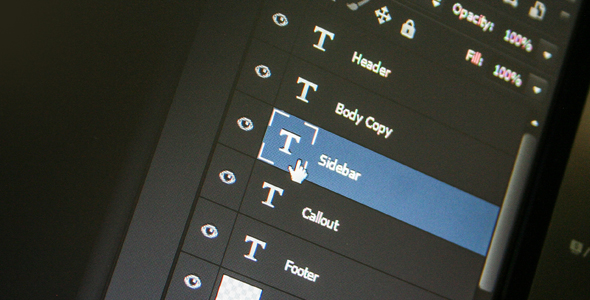 10. Use Photoshop to Present your Work

When you’ve finished a project, and want to show it off on your screen, you can cycle through the screen modes in Photoshop by pressing the ‘F’ button. Pressing it twice will get you to the screen mode that hides everything but your canvas. Additionally, pressing Ctrl + 0 will fill the screen with your artwork. This is a great way to proof your work without distractions, or show it off to others. 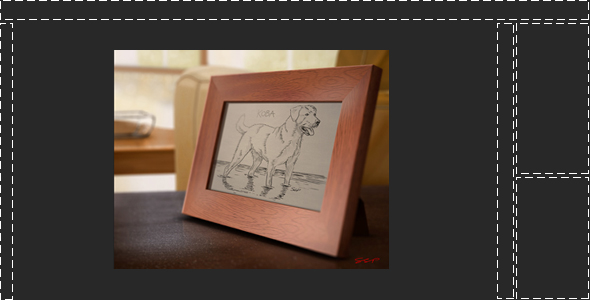