Photoshop has a deep history, and every so often I’ll hear another fact or anecdote about the program or its past which I haven’t heard before. However, just recently I stumbled across an interesting and untold story about Photoshop from an unlikely source—my own bother.

As the story goes…

The story starts with my brother, Peter— technically it starts with his Thesis Advisor, John E. You see, my brother completed his master’s thesis on medical imaging under John who, in turn, did his master thesis in medical imaging under Glen Knoll. While John was working on his thesis, he got to know Glen’s son, Tom. It was during this acquaintance when Tom showed off an image processing project he was working on to John. John watched as Tom loaded an image of a bowl of fruit into a computer program and replaced one piece of fruit with another. At the time, this was unheard of. It was clear to John that Tom had something unique.

As Tom developed out the program, it started to receive interest from a well-known company (not Adobe). After a few discussions with Tom, the company eventually pulled their interest and developed their own image processing program. (It was unclear whether or not this company was already working on their own program before their interest in Tom). In the end, his program was purchased by a familiar company, Adobe, who marked the image processing software as Photoshop. Thomas Knoll’s name is still referenced every time you open the program. 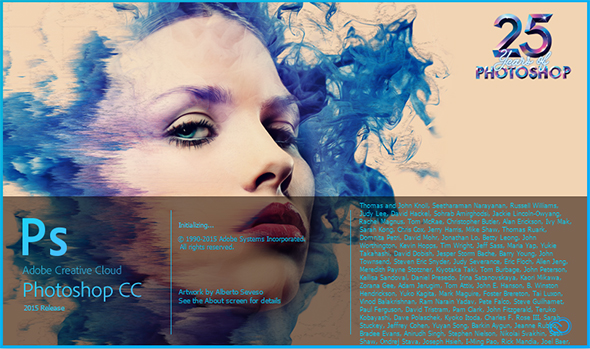 The thing about an interesting story is you never know where it’s going to come from. Even though I’m considered the Photoshop enthusiast in our family, it was my brother who was working under the friend of the original developer of the program. Who knew.